Get instant property alerts for www.searchformarylandrealestate.com

Get the MoveTo App

Search all Montgomery County property listings on our easy to use Montgomery County MLS real estate search. Get daily email alerts of new homes, condos and land for sale as they become available plus price changes.

Montgomery County is included in the Washington-Arlington-Alexandria, DC-VA-MD-WV Metropolitan Statistical Area. Most of the county's residents live in unincorporated locales, of which the most built up are Silver Spring, and Bethesda, though the incorporated cities of Rockville and Gaithersburg are also large population centers as are many smaller but significant places.

As one of the most affluent counties in the United States, it also has the highest percentage (29.2%) of residents over 25 years of age who hold post-graduate degrees. In 2011, it was ranked by Forbes as the 10th richest in the United States. Montgomery County, like other inter Washington D.C. suburban counties, contain many major U.S. government offices, scientific research and learning centers, and business campuses.

Active inventory showed a year-over-year increase for the seventh consecutive month. Median sales and days on market for June showed slight increases over last year. Half the homes sold in June were on market less than three weeks, so sellers are continuing to have offers in a remarkably short amount of time.

Montgomery County’s listings show a seller’s market, with just less than four months of supply available. When analyzing the segments of the housing market, it is important to note that all homes, including detached, single family homes, townhouses and condos, increased in their sales price compared to June 2014.

Beautiful corner unit, large, spacious with high ceilings and skylights that light up the room. A true beauty, clean and move in ready. This home has fresh paint, new ca...

Tucked in the Oak Springs residential neighborhood, this is one of the few townhouses which backs up to woods/parkland. With two decks overlooking the woods and creek, t...

Start Packing!!! Move right in and make this home yours! Everything has been renovated from top to bottom. Enter the house through the beautiful covered porch with cer...

Welcome home to 684 Shoemaker Lane! As you enter the long, secluded driveway from the street, you will see 3 dedicated parking spaces to your left with plenty of options...

Wonderful Wildwood! This home is close to everything you need: shopping, restaurants, school, parks, trails and more. Park your car and enjoy all this neighborhood has to...

Welcome to 624 Fulton Street, where convenience and location is combined with a beautifully upgraded twin townhouse built in 2018. Enter the front door into the foyer whe...

If you have been looking for a gem that can be updated to your taste, this is your lucky day! This well-loved brick colonial-style home has so many great features, begin...

Professional pictures are coming soon! Updated home with many features, go and check it out. The home is freshly painted with hardwood floors throughout the main level. M...

Welcome home to Turnberry Farm's newest listing! This well maintained 4 bedroom, 2.5 bath colonial with over 2700 square feet of living space sits on one of the largest ...

This expanded, Cape Cod-style house offers abundant space while retaining charm and comfort to make it a cozy home. Located in Fairway Hills, the area is a favorite for ...

Great for a Family or Investment Opportunity. Large 4 bedroom 1 bath twin. Walk in and notice the entire home has been freshly painted with new carpet throughout. All New... 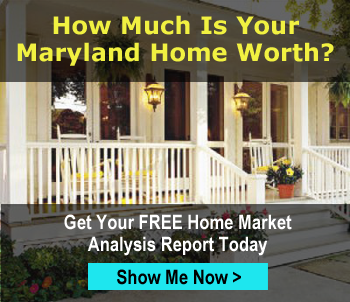 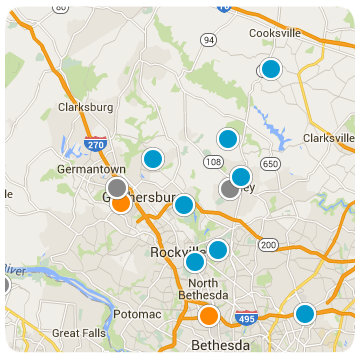